Today is day five of the 15th annual Yosemite Facelift organized by longtime Valley local Ken Yager. Each morning starting at 8 a.m., upwards of 500 volunteers have lined up at the Visitor Center quad in Yosemite Village to fuel up on coffee and burritos before heading out throughout the park to collect micro-trash, abandoned construction debris, and random objects including mattresses.

“We’re over 7000 pounds of trash picked as this morning,” Allyson Gunsallus, Event Coordinator, says. “Like everyone here, my role is one hundred percent volunteer.” 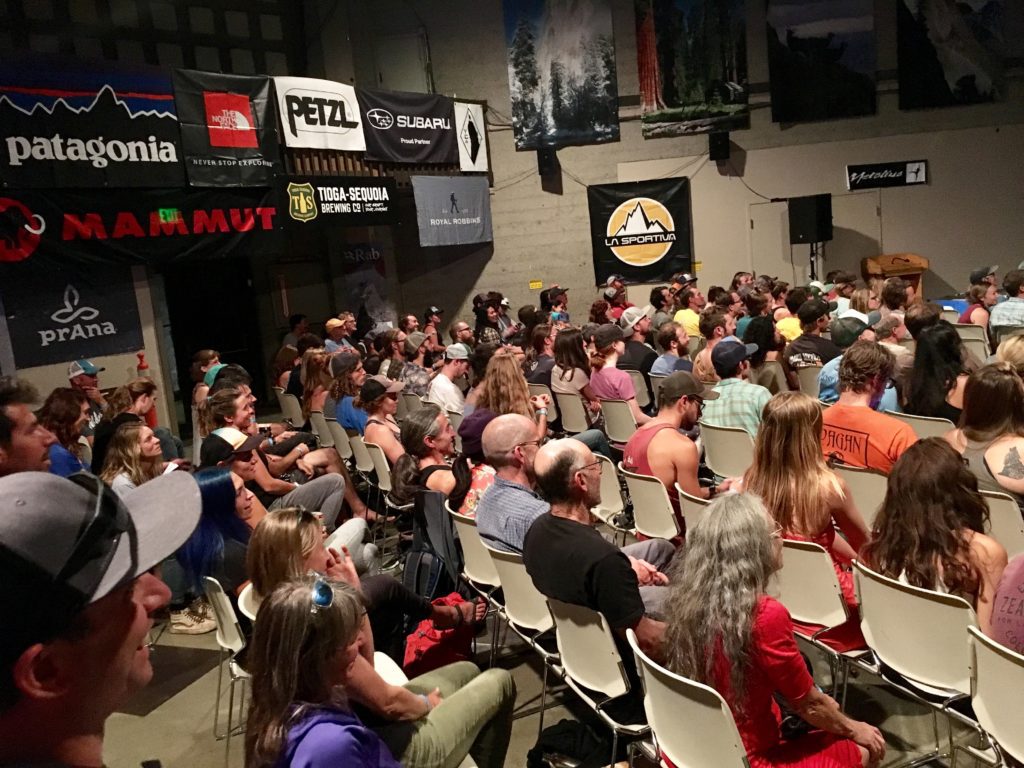 A full audience at the Yosemite auditorium. Photo: Allyson Gunsallus

In 2004, Yager, a former guide with the Yosemite Mountain School, was fed up with tiptoeing through discarded diapers, nasty toilet paper, and piles of trash on the sides of trails and decided to take a stand. That year he recruited a handful of climbers to join him in his cleanup effort and he loaded dozens of filled trash bags into the bed of his truck. Soon after, he formalized the effort and hosted the first official Facelift in Camp 4 with raffle prizes provided by Patagonia.

Today, Yager’s efforts have resulted in the removal of one million pounds of trash. Patagonia continues to sponsor the Facelift, but so do some additional 90 brands supporting the effort. Additional title sponsors include Subaru, Google, and The North Face.

“We are amazed at how much the event has grown,” continues Gunsallus. “Not only with the level of participants, but also the level of professionalism.” 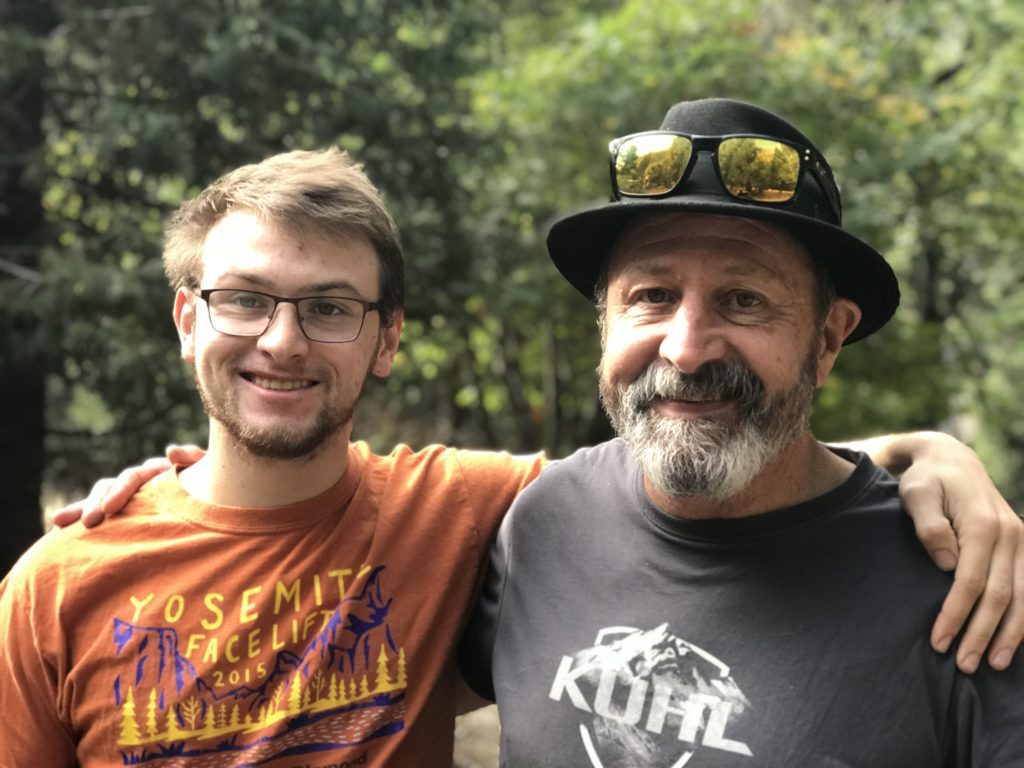 On that note, each night after volunteers have spent all day picking up trash, they’re rewarded with free nightly shows with state of the art audio video managed by the park’s longtime engineer Ed Whittle. Free Solo showed one night, with Alex Honnold taking the stage to answer questions after each screening of the film. The crowd went crazy. In total Free Solo had four screenings in the park.

Last night Nikki Smith spoke about her photography and coming out recently as transgender. Her show ended with a standing ovation.

As the Facelift comes to a close tomorrow, Yager is already planning the next event. However, instead of keeping the Facelift here in the park, he plans to take it on the road.

“I’m blown away every year by the commitment of our dedicated volunteers who make Facelift a success.”

To volunteer or make a tax-deductible donation, visit YosemiteClimbing.org.

Today is day five of the 15th annual Yosemite Facelift organized by longtime Valley local Ken Yager. Each morning starting at 8 a.m., upwards of 500 volunteers have lined up at the Visitor Center […]